Despite the fact that the weekends game was a scrappy affair, it was pleasing that we were able to secure the victory. It’s been a tough couple of months for us as we have been plagued by injury and illness.

Our focus over the last few weeks is to ensure that we are constantly maintaining a positive spirit and not letting the results of games impact our attitude within games. We were successful in this regard on the weekend and led the game at every break. We possibly could have won by more were it not for some inaccuracy in front of goal.

Another positive from the weekend was the emergence of some younger players in different roles. I thought Lachie Christopher and Tyler Chisholm’s games through the midfield were a promising sign of things to come. We will enjoy a weekend off this week before taking on Kyabram in the second last game of the season. It will be a challenging game; however, there is plenty of valuable learnings to be gained out of a competitive effort.

We approached the game against the top side Shepparton United on Saturday with the knowledge we were going to have a very tough game ahead of us. It’s always a great contest when we play Shepparton United. They are an incredible team and club, but it’s great that we have a team that now thrives on that pressure to play the top teams rather than shy away.

Starting with a full team, we, unfortunately, lost our Wing Attack (WA) Sam Nunan in the warm-up to a calf strain. The injury provided the opportunity to try a new combination and showcase the versatility we have in our team.

Our new combination worked well and I was stoked with the way we were able to start the game. After the first break, we were just behind the league leaders down 7 to 9. We continued to work hard in each quarter. Our effort was fantastic making our opposition work for every score.

Jess Walker continued her great form with another best on ground performance. Ellie Rose Kipping also stood strong under the ring against strong defensive pressure throughout the day. Darcy Croxford-Demasi playing out of her usual position, showed incredible versatility and hard work in the WA position.

Unfortunately, small lapses during the second and third quarters resulted in the score to blow out. Playing at such a high intensity eventually took its toll with many of our players unable to keep in the last quarter.

Overall, it was a very commendable effort from our girls. As a team, we still have lots to work on if we want to make our way up the ladder and compete in the top 6. In the last two rounds, our hope is to finish well and continue to play good netball. We are a real chance to finish the season with a strong couple of wins.

Be your best and look the part in our exclusive Mansfield FNC Merchandise this season. Get your Beanie Pom Pom today and show your support of the mighty Eagles while staying warm and looking fantastic..

Many thanks for these great shots from the weekend courtesy of our resident photographer Paul Martin. See more great pics by Paul by joining the Mansfield Football Netball Club Facebook page and look out for the Coaching Eagles weekly blog… 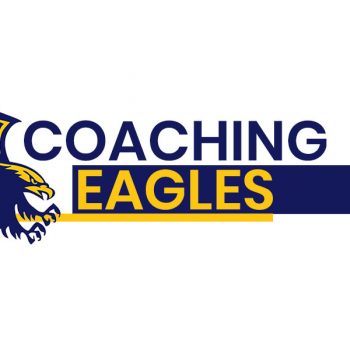